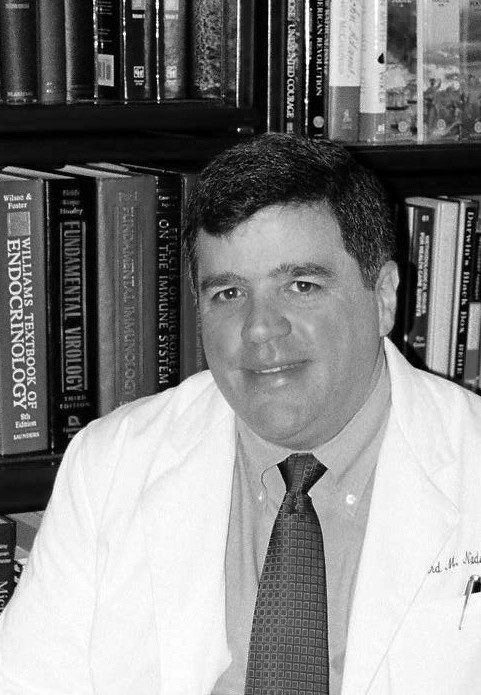 Dr. Gerard Nadal has a background that uniquely suits him to address the life issues. A graduate of Saint John’s University, degreed in psychology, Dr. Nadal spent seven years in the 1980’s working at Covenant House in Times Square with homeless youth.

Dr. Gerard Nadal has a background that uniquely suits him to address the life issues. A graduate of Saint John’s University, degreed in psychology, Dr. Nadal spent seven years in the 1980’s working at Covenant House in Times Square with homeless youth. Five of those years were spent working with teen mothers and their babies, and two with teens who had HIV and AIDS.

After a year in seminary, Dr. Nadal then went on to pre-medical studies for three years at Columbia University, New York, where he also worked in the Department of Social Psychiatry and Psychiatric Epidemiology as a research assistant. From there he returned to Saint John’s University where he earned a Master of Science degree in Molecular and Cellular Biology, a Master of Philosophy in Medical Microbiology, and a Ph. D. in Molecular Microbiology. After graduation, he did a Post-doctoral Fellowship in Microbial Physiology at the City University of New York.

Beginning in 1993, Dr. Nadal has taught Medical Microbiology, Immunology, Anatomy and Physiology, Molecular Biology, and Biochemistry at Saint John’s University, Manhattan College, and concluded his academic career as Professor of Biology and Academic Dean at Holy Apostles College and Seminary in Cromwell, Connecticut.

For the past ten years Dr. Nadal has been actively involved in the Catholic bioethics community. He has written over 900 articles for his Catholic science blog, Coming Home. He has also written and been published in several news outlets, including Life Site News, Life News, the Knights of Columbus’ Headline Bistro, and is a frequent guest on radio shows discussing the link between abortion and breast cancer, the reproductive effects of induced abortion, STD’s, the Contraceptive Fallacy, Planned Parenthood and sex education, transgendering children, surrogate parenthood, and the state of medical school education with respect to the life issues.

Dr. Nadal was the first National Director of Medical Students for Life, and for the past five years has been the President and CEO of the Coalition on Abortion/Breast Cancer.  In that capacity, Dr. Nadal travels the nation educating medical students, nursing students and youth groups about the established link between hormonal contraceptives and breast cancer, and induced abortion and breast cancer.

Dr. Nadal is a member of the American Society for Microbiology, the New York Academy of Sciences, and University Faculty for Life.

Closer to home, Dr. Nadal has been an active leader in the Boy Scouts of America. His son is an Eagle Scout, and member of scouting’s co-ed Venturing program, along with Dr. Nadal’s two daughters. He and his wife of 27 years live in New York City.